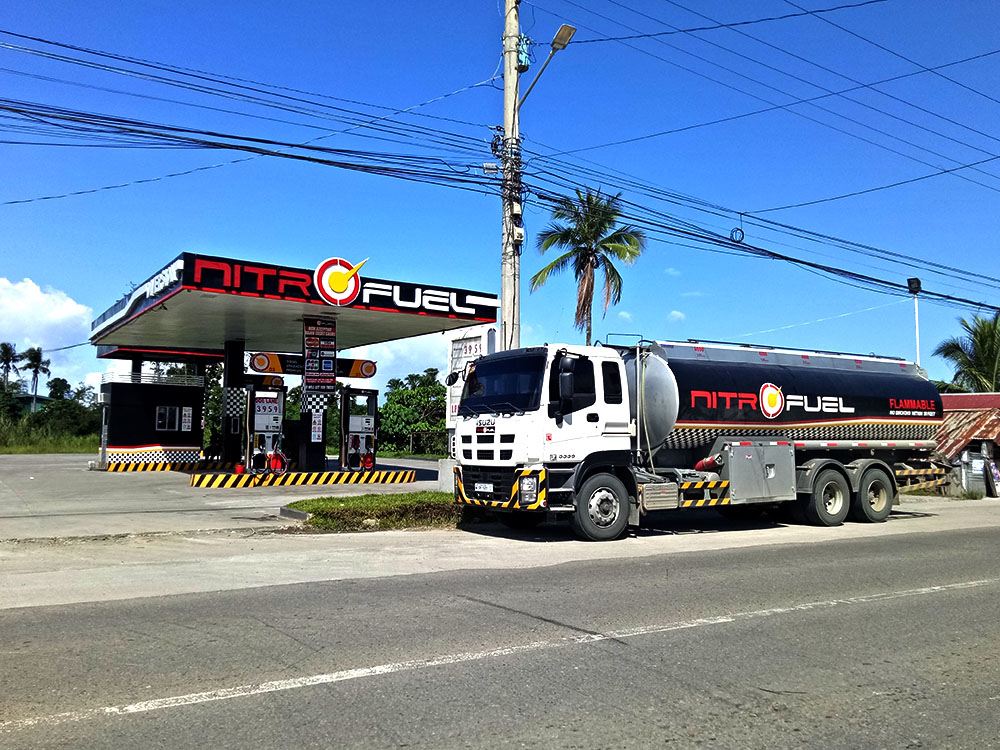 NITROFUEL… Your big brother in the Fuel Retail Business

By admin | News, Uncategorized | No Comments

Nitrofuel Corporation is a new brand in the fuel retail business as it was registered with
the Securities and Exchange Corporation (SEC) in December 7, 2016 with Mr. Wilson
Uy as the president. Behind this new name is however packed with an impeccable
depth of experience.
Currently, Nitrofuel Corporation owns and operates six gasoline stations. One station in
Barangay Arado in Palo is under construction and another station in Barangay Caibaan,
Tacloban City will start construction later this year.
Nitrofuel not only survived the stiff competition with big players in the fuel industry. It
has steadily expanded and established its own niche as a big brother to its clients and
the riding public in general. The encouraging path ahead is therefore to expand and
make Nitrofuel available to all in Eastern Visayas and the rest of the country.
Expansion though does not mean simply investing in new stations. Young
entrepreneurs who are interested in the business can join and grow with the company
by means of franchising. Nitrofuel is ready to share its vast experience to new entrants,
even if you are new in the business like its owner when he started 22 years ago.